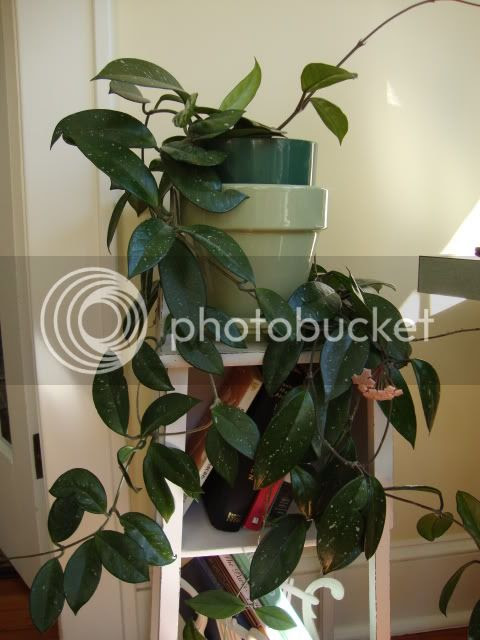 Approximately 6 years ago I received a small plant from my Grandmother-in-Law. It was a cutting from this fabulous indoor plant that she had. She received hers from a neighbor years prior and was unaware of it's name. It had shiny almond shaped leaves and provided beautiful pale blush flowers that came in a cluster. She explained to me that it took YEARS for hers to bloom. But once they bloomed I can attest, they were stunning.
So, for 6 years my plant has grown beautifully in my sun room. It's shoots happy to intertwine themselves into the old sewing machine base next to it. I swore mine was going to bloom earlier but sadly nothing for 6 long years...... Until NOW!

When the bloom first appeared each individual flower had a wax star shape resemblance.
They look fake! 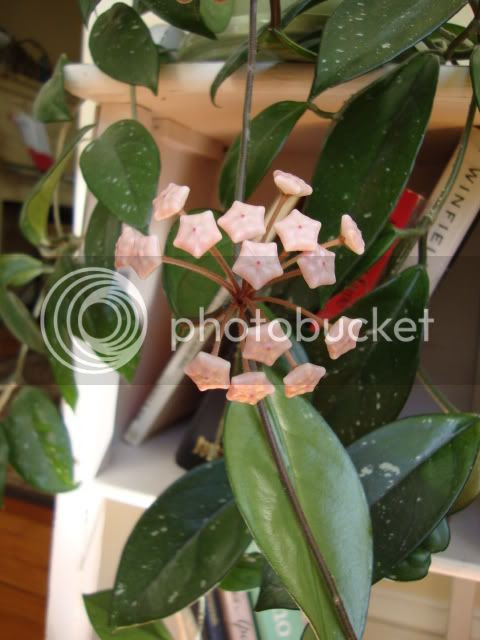 After approximately 1 week each bloomed into all it's loveliness! 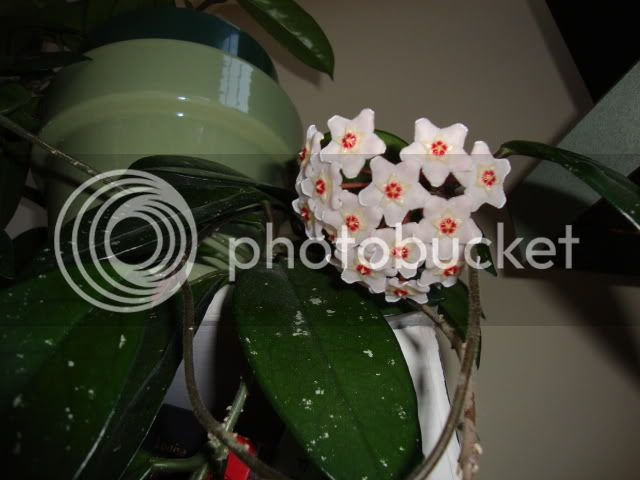 Hoya is a genus of 200-300 species of tropical climbing plants in the family Apocynaceae (Dogbane). Common names for this genus are waxplant, waxvine, waxflower or simply hoya. This genus was named by botanist Robert Brown, in honour of his friend, botanist Thomas Hoy.
Hoya carnosa, the wax plant, is a species in the family Asclepiadaceae, the Milkweed family. It is one of 100 species of Hoya that are native to Eastern Asia and Australia. It can serve as a minor foliage crop but is mainly grown as a garden plant or house plant.
Clusters of attractive, star shaped, pink-white blossoms are produced in summer. They put off a strong smelling waxy viscous material. 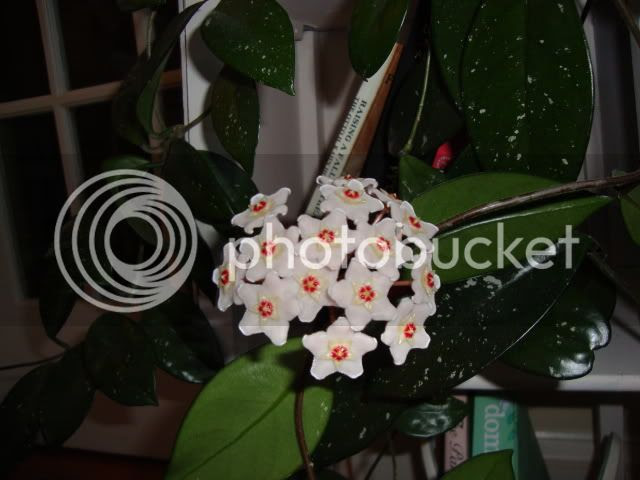 And so..... now the mystery is,
how long until I get more blooms?

Posted by Historically Vintage at 7:17 AM

Email ThisBlogThis!Share to TwitterShare to FacebookShare to Pinterest
Labels: Hydrangea and Hedgerows

Hi! I'm a new follower of yours! Your plant is beautiful. Hope it continues to bloom for you. Wanted to tell you, too, I love your post about your vintage pieces and left you a comment there, too. Have a great day and upcoming weekend. Will visit again soon! :)

Wow, cool plant! I've never seen that one before! Love it!