I suppose I am just a researcher at heart and likely missed my calling to become a historian. Once a notion makes it's way into my cranium, it can only be satisfied with delving deep into the topic. Last week I had the Gardiner family (my appetite hasn't nearly been satiated) and this week it's Stanford White! 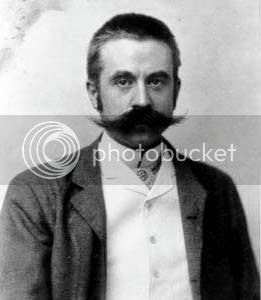 For years I have been wanting to find out more about this fascinating man. Because I am insanely addicted to real estate, architecture and history, I have observed numerous Standford White houses come on the market here in Long Island, NY. Viewing his masterpieces through listing photographs, I have become enamored of his talent. His buildings are exquisite!

Washington Arch at Washington Square, Greenwich Village, NY
A place near and dear to my heart! 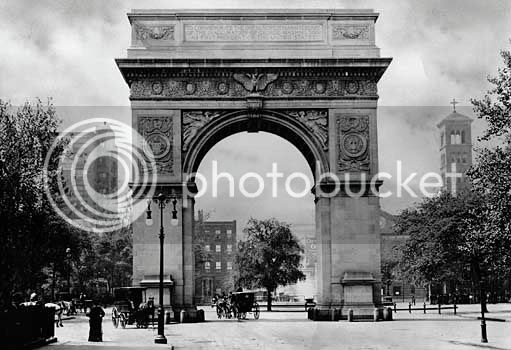 His work, life and death are beyond intriguing to me. So it is here that I begin my journey.

Who was Stanford White? 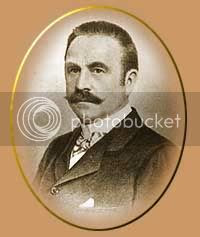 For those of you unfamiliar with Stanford White, he lived from 1853-1906. He was an architect with the firm McKim, Mead and White. They built many types of buildings but were certainly well known for the exquisite homes they built for the wealthy families of the northeast.

Stanford White was murdered by Harry Thaw. Harry was the husband of Evelyn Nesbit. Evelyn was a show girl who at the age of 16 began an affair with Mr. White, a married man. Harry shot and killed Stanford White inside Madison Square Garden in New York City, a building White designed. 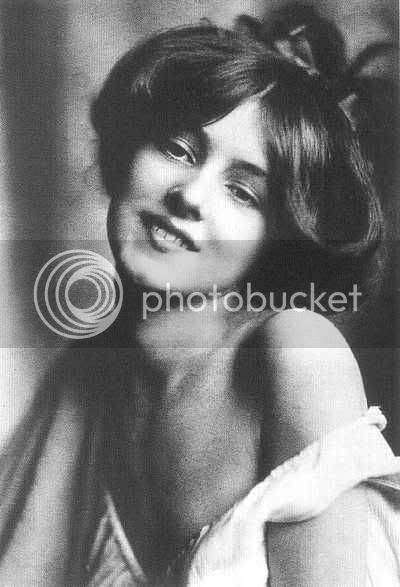 Following this incident, a salacious trial ensued. Evelyn testified about her relationship with Stanford White and Harry Thaw. One story she told was of Mr. White's penchant for show girls and how he would have them to one of his NYC homes where he had a red velvet swing installed for their use. Stanford's murder was considered "The Crime of the Century" and the trial garnered quite a lot of interest.


Below are some of the materials I have obtained.
There are plenty more books, movies and websites I intend to review. 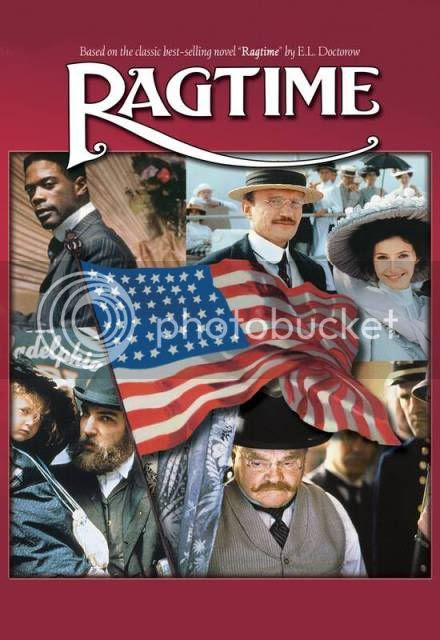 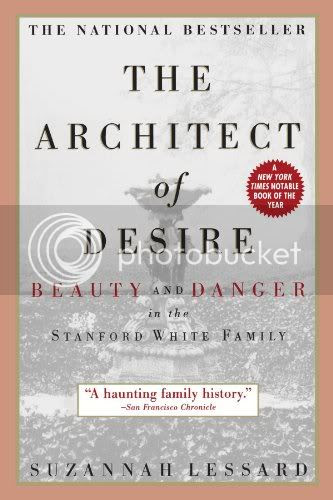 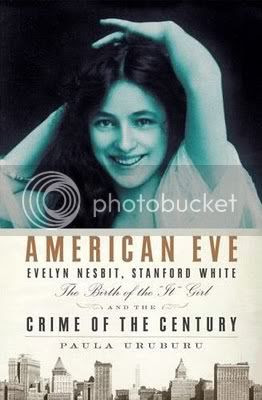 As I have been doing research on the internet I have come to find out that Stanford White is buried in VERY close proximity to where I live! He is buried on the grounds of St. James Church in St. James, NY. I have also learned of his family home Box Hill which is also located in St. James, NY. This home is still within the White family. Yet another interesting fact is that White's wife, Bessie Smith White hails from the Smith family. The Smiths were early settlers of Long Island for which Smithtown, NY is named.

So there you have it, my newest obsession... Stanford White.


Posted by Historically Vintage at 6:42 AM

Email ThisBlogThis!Share to TwitterShare to FacebookShare to Pinterest
Labels: Socialites Debutantes and Tycoons

I knew I had heard that story...somewhere!!!
Makes me want to delve into Evelyn Nesbits life too!

Stanford White raped the 16 year old Evelyn Nesbit, why is that not worth mentioning in all of this love of historical detail? It doesn't take away from his talent but what I am reading is that he was an active pedophile who used the wealth he accrued to coerce teenage girls into his beautifully decorated lairs.

Stanford White definitely had a dark side. I don't dispute that he had been accused of doing unpleasant and immoral things in his lifetime. I don't defend his actions in any way. I agree it doesn't take away from his talent just adds another dimension to a complicated man and a very complex story. The Pie Girl parties seemed all out hedonism. If you were offended by my posts please realize that it doesn't mean I condone such behavior. One thing I draw from this story is human behavior good and bad has always existed and unfortunately will always exist. Thanks for your post!

You realize, that based on his behavior of the past- if he was alive today this brilliant but perverse man would be listed in the NYS Sex Offender Database?

Yes I admire his work, too. Incredibly talented- but he had two lives and one was quite sordid. As commented at the trial of Harry Thaw- man thought Stanford would be killed, just a question of when, and most assumed it would be an enraged Father- not an enraged Husband. For the record Harry Thaw was just as bad as White in his behavior- he just had a mother that hid his kinkiness with lots of hush money. Also- just as an interesting side note- White's brother-in-law, who was at the scene of the murder went on to sadly become a victim of the Titanic. I feel truly sorry for Bessie White and any family members who were hurt by Stanford's behavior as well as the unknown countless young victims he procured over the years. There are many people with talent, that become famous- it does not mean they are all meant to be emulated. Stanford White was a complex character whose talents should never be forgotten- but we cannot just simply ignore that in today's world he would be considered a sex offender. Which is what the *inside* society of his time, who helped keep his secrets knew him to be- they just did not have a word for it other than an interesting one I read of called: Voluptuary.

Hi Anonymous! We can only hope that he would have been on NYS sex offender database. As a mother I look on it often to be aware of who lives in my neighborhood. I have noticed one thing that is quite bothersome. The wealthiest towns on Long Island don't have sex offenders! I'm certain there are sex offenders with $$$ but sadly, that money pays for GREAT attorneys. Attorneys that get wealthy sex offenders off.

I had no idea about White's brother in law who died in the Titanic. I will have to research that a bit. An interesting tidbit you have brought to my attention, thank you.

Having read the book, The Architect of Desire, by White's great granddaughter it's evident that sexual abuse has a history in the family legacy. Very sad but accurate portrayal of the effects of such acts within a family.

I have a background in social work and I have volunteered with victims of domestic abuse. In no way whatsoever do I condone such behavior, quite the contrary. As for Harry Thaw, Evelyn found herself in the company of some pretty unscrupulous individuals.

Thank you so much for writing. I have enjoyed your correspondence.

Evelyn IED about her age--and her mother condoned that lie. She also left Evelyn alone with instructions to "obey everything Mr White tells you". I think this mother/daughter duo were far, far from unimpeachable. NO ONE can be sure, but Evelyn's early (pre-16 years old) stint as an artist model (especially during that time period)MIGHT indicate that she had already-perhaps-had been deflowered (very precociously pretty girl posing in various forms of undress for artists in that day . . ..not your typical"good girl" behavior). Now, Stanny was clearly a DOM; but, that being said, his assumption was that Evelyn was AT LEAST 18 (going by what she and her mom were telling people) and was therefore, LEGAL. Did he KNOW she was really 14? We can never know the truth. Was she younger than he was? Of course, he was a rich older man with power--how often do we hear THAT story? Nearly every player in Hollywood, Wall Street (or the White House) has bedded and--occasionally--wedded a gal half his age or more. Creepy but NOT illegal.
What I find amusing is that people think an old dude wanting to get "jiggy" with a young, hot girl is creepy. But they also find it creepy if two old folk are getting "jiggy" because of all that "old flesh" gooed together. You can;t have it both ways, folks!